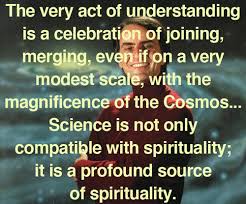 In 1999, I published extensively on spirituality in business (spirituality at work) and featured in an article in the UK Independent.

The Worker Within by Kate Hilpern
Yoga, t’ai chi, even poetry – soul and spirituality have arrived at the office.

Last summer, you may remember, Glenn Hoddle attempted to improve England’s chances in the World Cup through the enlistment of a faith healer. Meanwhile, Prue Leith, businesswoman of 1998, used a spiritual counsellor to map out her career.
Modern-day logic, it is predicted, is set to have even more serious opposition this year with managements throughout the country attempting to let some “soul” into the workplace. Consider the fast rise up the charts of books such as Jesus and Leadership, The Executive Mystic and The Enlightened Management – and the increasingly popular website www.spiritatwork.com. Consider, too, the fact that stress-busters, yoga teachers and Feng Shui consultants are becoming regular employees of many multinational organisations. Indeed for graduates, this emphasis on the “spiritual” nature of work is almost certain to become a fundamental issue as experts predict it will become the biggest management fad of the next few years.

But she is quick to admit that even a decade ago, such an initiative would have been laughed at – a view which Paul Gibbons, PricewaterhouseCoopers’ management and leadership consultant, agrees with. “Such measures are still laughed at in much of the business world,” says Gibbons, whose MBA dissertation focuses on spirituality at work. “But what people seem to forget is that the objectives are only one step on from those used in team-building courses.”

Consequently, he says, he has to be very cautious of the type of language he uses. “If I went into an organisation and talked about `brotherly love’ or `being humble’, I’d get thrown out. Similarly, if I spoke about `spirituality’, people might assume I’d lost the plot. Rather, I have to use words like `teamwork’ and `creativity’ to get people’s attention – and then carefully move on to more involved issues.”

But, he predicts, all this is set to change. “Recently, I spoke to the chief executives of two of the most successful companies in the world – one based in Finland and the other one in California. Both mentioned the word `humility’ and one said the most important thing to him was the way the top team worked together `in a loving, caring way’. These are words which are pretty `ucky’ in the world of business – but perhaps not for very long.”

Here is the full link: