Is pop psychology bad for business? 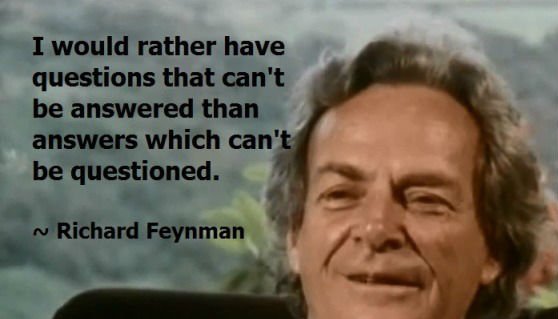 In my upcoming book, I present some ideas that risk being controversial. They relate to leading change, and whether the “pop psychology” that circulates in the change and leadership worlds is harmful, or helpful, to understanding and leading people. I also introduce the idea of “pop leadership”, soundbite style leadership wisdom, and ask whether that is helpful.

I am posting this excerpt here to gauge reactions. So please react! (As if people on the internet need any encouragement. Flame away if you dislike.)

Imagine a non-engineer making a proclamation about the required load-bearing structure of a bridge, or a non-doctor prescribing a risky medication, or a non-architect commenting on the optimal structural design for a building. Because we are all armchair-psychologists, anyone can claim authority on human behavior in a way that would be ignored if attempted in other disciplines.

The pop psychology world has some authors/ experts with fifty years’ experience sharing that experience in distilled format (such as in Thinking Fast and Slow by Nobel laureate Daniel Kahneman, or Authentic Happiness, by Martin Seligman). Then there are authors who grab a few tentative research findings and craft a well-told, half-true (or even untrue) story simplifying and cherry-picking research along the way to make their case. It is hard to judge expertise in the world of “human sciences”: because some non-experts are very good at self-promotion and we use popularity as a proxy for expertise. If you sell a million books, you gain an expert reputation which is not the same thing as expertise.

Malcom Gladwell puts the pop in pop psychology and his (intensely readable) books are replete with examples from psychological (and sociological) research. His books (Blink, Outliers, David and Goliath, and The Tipping Point) have all reached number one on the New York Times bestseller lists. If you google “top popular psychology books”, his occupy three of the top five slots. Yet Gladwell draws intense criticism from researchers, even those who he makes famous through his citations. According to Professor Christopher Chabris, “he excels at telling just-so stories, and cherry-picking science to back them up.” Chabris criticizes “Gladwell’s manipulative logic – namely, the writer’s penchant for reporting correlations as causations – a move he uses so often, he has made it iconic.” Elsewhere, Harvard’s Stephen Pinker challenges, “Gladwell is apt to offer generalizations that are banal, obtuse, or flat wrong…” Daniel Kahneman, when asked for his views on Blink, said, “Malcolm Gladwell definitely created in the public arena the impression that intuition is magical… That belief is false.”

I will not weigh-in on whether Gladwell’s critics are right, that he misuses psychological science to tell a good story. I can say that his work passes for Gospel in the change community despite the surrounding controversy.

There are highly paid “business psychologists” who pay much less attention to science than does Gladwell. I had occasion to share a platform with an author of a dozen books on leadership and change. A self-styled “professor” (prominently titled as such on all his many books and publicity) who did not finish an undergraduate degree and who has never darkened the door of a university since not finishing it. His education, as such, was under the tutelage of new-age guru Wayne Dyer. Our hero spoke about strategy for an hour at a world-famous five-star hotel, to 200 senior partners of a big-four audit/consultancy firm for a fee of $25,000. His fees were not a one-off. We then shared a cab to British Airways, where he again was advising senior leaders (again for very large fees) in one part of the business.

The world, for sure, has a place for motivational speakers, perhaps even when the truth-value is zero.

This phenomenon is particularly acute in the leadership world.

From Pop Psychology to Pop leadership

Leadership is a serious business: senior business leaders are stewards of enterprises in which they only have a small moral stake (compared to thousands or millions of others), and vast power. They are the custodians of people’s livelihoods and when they screw up, people lose those livelihoods. Great leaders can make working lives a joy; bad leaders can make lives unbearable. Leaders make or break countries, corporations, and communities. They must serve shareholders, staff, and customers, and their judgments affect the economy, the jobs of millions, and the environment.

Developing leaders matters. Leadership can be learned but it takes considerable skill, hard work, significant character development, great foresight, and the right context or opportunity. At the very least it includes an attitude of care (stewardship) toward stakeholders, a solid foundation of expert knowledge and dedication to keeping up-to-date, substantial skills in influencing and other people-related skills, ability to deal with stress and conflict, alignment in thought, word, and deed, a strong moral code, great motivation and drive, an ethical/ values stance, and, a clear sense of purpose.

Here are two titles of pop leadership articles, from one of the most auspicious business journals. “Leadership wisdom tells us not to think too much.” Is that true? Or could it be that the most costly leadership errors come from thinking too little, or leaping to conclusions, or being too confident in biased thinking. “Leadership is about emotion”. In leadership, nothing is as important as relationships, and, yes, emotion is the central in those. Yet, leadership is also about strategy, self-development, decision-making, planning, envisioning, coordinating, negotiating, and influencing.

In no other domain of human performance, being a virtuoso musician, a famous athlete, or an innovative scientist, do we distill success down to such half-truths (1% truths sometimes) and trivialities (for example, “golf is all about accuracy”, or “playing the piano is about feeling the keys”). I worry that thoughtful, scholarly, reflective, humble, insightful, and wise leadership education, so vital to communities, corporations, and governments is, in my view, trivialized. If a book full of pop leadership articles were devoured and in its entirety, would it create an excellent business leader? Would it have prevented Enron?

The Science of Organizational Change: How leaders set strategy, change behavior, and create agile cultures is due out in May of 2015, published by the FT Press (Pearson), and is available for pre-order from Amazon and Barnes & Noble in many countries.To get more blog posts, release information, and related tools and webinars as they become available, please signup at www.paulgibbons.net/sign-up