Leadership and the body: The undiscovered frontier 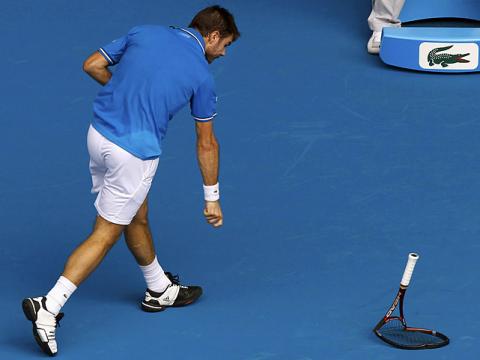 The following is excerpted from the full article which is available to community members for free download using the link at the bottom of this page.  Further articles from the Leadership White Paper series are coming soon.

The next step for leadership?

In bygone times, developing leaders focused on bettering their thinking: solving strategic problems and managing well.  By the 1950s and 60s, the now obvious conclusion that inspiration and motivation were emotional phenomena became widely accepted.  Leaders had to generate enthusiasm and excitement which is not easily done with spreadsheets.  This idea took deeper root in the 1990s when Emotional Intelligence was popularized.  Also in the 1990s a number of writers, started to talk about spirituality and leadership. After all, vision, mission, purpose, values, and making a difference were all expressions inherited from the spiritual discourse.

However, most views of human effectiveness include mind, emotions, spirituality, and body.  But very few writers and consultants knew how to address this other than the obvious importance of avoiding early demise through reasonable exercise.

Some thinkers, notably Dr Richard Strozzi-Heckler on whose work this article is based, began to think systematically, rigorously, and practically about what the ‘body’ dimension would be, and (most importantly) how to develop it.  This article explains the role of the body in leadership and how to develop it.

Awareness – Finding the Self

Joyce could have been talking about today’s executives as they hustle around in a world of symbols and concepts, brand, strategy, return on equity and the like. This creates a distance from the world of sensation, and from the energetic rhythms and pulses of body that are grounded in our physiology and biology. The costs of this are fourfold.

Most dramatically, there are the obvious health risks as eating, sleeping and exercising habits become out of tune with the biology they are supposed to support. Second, being a vital and energetic leader requires a vital and energetic body, not one flaccid from lack of exercise, or tired from lack of sleep or sluggish from carrying an extra 40lbs. Less obviously, being flexible and open requires a body that is not tense, knotted and closed. Try bunching your fists, hunching your shoulders, and knotting your forehead. Simultaneously imagine being open and flexible.

Third, beyond the health risks, and the ability of the leader’s physical body to perform, there is something deeper and essential here: lack of access to the fountain of information that is available about the Self and others by being in touch with the sensation and energy of the body.

“I was in a board meeting where we were making a crucial and sensitive strategic decision. While in the midst of spelling out our position, I was attacked very directly by one of the executive directors. His challenge had the potential to dis-empower the entire group and had far-reaching implications for not just the strategy, but for my position as CEO. My instinct was to counter-attack, belittle him, and make him lose. I’d done that before in boardrooms and was pretty good at it. It would be over quickly and we could get on with the job. However, as I prepared my attack, I felt the clenching stomach, pounding heart, and tightened throat – how my body normally responded. I knew I had been triggered into an old habitual response. Then came the tough and scary part: I breathed deeply, found my center right there in my seat and let him continue until he was entirely finished. The result was astonishing. By letting him speak fully a great discussion and a landmark decision from the board was precipitated. Through the creative conflict, we created something greater than either one of us saw as possible. By not shutting this executive down, I won greater trust from the whole board. By noticing the anger and anxiety that I was feeling in my body, and allowing those difficult feelings to remain, I could paradoxically respond more thoughtfully, and make different choices.”

Ed’s breakthrough board meeting began with his ability to notice and observe the physical sensations and not act upon them. He was aware he was angry but the sensations also told him he was threatened and afraid of what the executive was saying. Most people know when they are angry, but principally because they see their behaviour retrospectively, and by then it is too late for everything aside from the apologies. By developing the capacity to observe his emotions, Ed was no longer dictated to by them. This capacity is fundamental to Emotional Intelligence, but hard to develop in a culture where we are, to some extent, numbed and desensitized to bodily experience.

Fourth and finally, when disconnected from our own sensations and emotions, it is impossible to connect with those of others. Being able to read people’s emotions isn’t only valuable at the poker table; it is equally valuable at the negotiation table or at a crunch meeting with a key customer. Peter Reilly, CEO of the NY State Board of Education technology agency, remarked: “It was incredible! By heightening my own bodily awareness, I became more aware of others’ bodies. Their breathing, coloration, movements and subtleties of expression – completely obscured previously – became visible to me. I could even detect emotional reactions in people that they weren’t expressing – the slight flush around the neck, the ripple of a jaw, the quick downward glance as they were communicating something uncomfortable. This provided me with a huge edge in high-pressure meetings, and in meetings with staff.”

So it can be argued that bodily awareness can produce some of the concrete benefits about, but it has another value: it provides the ‘ground’ or the basis for changing aspects of the Self that are no longer producing results.

The origins of the Self

“What can we gain by sailing to the moon if we are not able to cross the abyss that separates us from ourselves?” (Thomas Merton)

To understand how to shift the Self, it is important to have some idea of how it is formed. One discipline that attempts to understand this is called Somatic Psychology. It is based on a view of psychology developed by Wilhelm Reich; a controversial student of Freud’s who had as many absurd ideas as good ones. However, Reich observed during his therapeutic work that elements of the mental neurosis of his patients seemed to be visibly held in their bodies. He called this phenomenon ‘armouring’ and it is sometimes visible even to untrained eyes today in the slumped posture, knotted forehead, ‘coat hanger shoulders’, over-muscular jaw, or inflated chest of the people we encounter in everyday life. According to Reich, armouring exists in everyone, not just his neurotics. During our development, critical incidents or repeated messages began to shape us, emotionally, mentally and physically. According to Drs. Reich and Strozzi-Heckler, the physical shape is not just an external representation of our mental and emotional lives, it is causative. It shapes and determines our emotional and mental reactions, and doesn’t just display them.

Physiologically this armouring may shorten the breath, limit blood-flow, restrict eye-movement, reduce sensation, and restrict emotional expression. These very physical phenomena shape mental and emotional life producing habitual patterns of thinking and emotion, and thereby limit choices. Furthermore, this ‘shape’ (the armouring) is visible to others and communicates very loudly and very deeply. Whatever our words say, the Self may have a different message. For example, squinting eyes and rigid jaw will predispose certain kinds of thinking, feeling and action but the shape will also communicate ‘I’m angry: stay away’, or ‘I’m not moving here’.