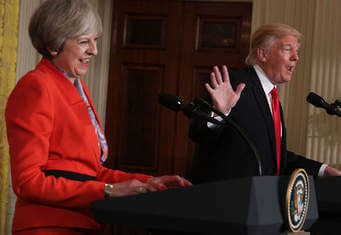 Listen to the Full Episode:

This week on THINK BIGGER, THINK BETTER we are continuing with a theme – populism – which describes aspects of today’s zeitgeist. My guest today, Dr.  Arun Swamy, helps break down what populism actually is and how it has manifested throughout history and today.

What most populist movements share is an anti-establishment orientation, a claim to speak for the people against the elites, opposition to liberal economics and globalization, and often (but not always) a penchant for authoritarian governance. Join Dr. Swamy and me as we go deeper into this discussion on today’s populist movements, the contrasting approaches of left-wing and right-wing populism, and the substance behind the movements we see in the U.S., Europe, and the rest of the world.

Dr. Swamy received his Ph.D. in Political Science from the University of California (Berkeley).  His research interests include democracy in developing countries, ethnicity and nationalism, political economy and corruption and state-building, and he has published on all these topics. Arun’s dissertation combined these various threads through an examination of populist appeals in Indian politics and he has since extended this argument to Asian politics generally. His special contribution to the study of populism has been the analysis of what he has termed “sandwich coalitions,” an alliance of elites with marginalized groups against the middle.