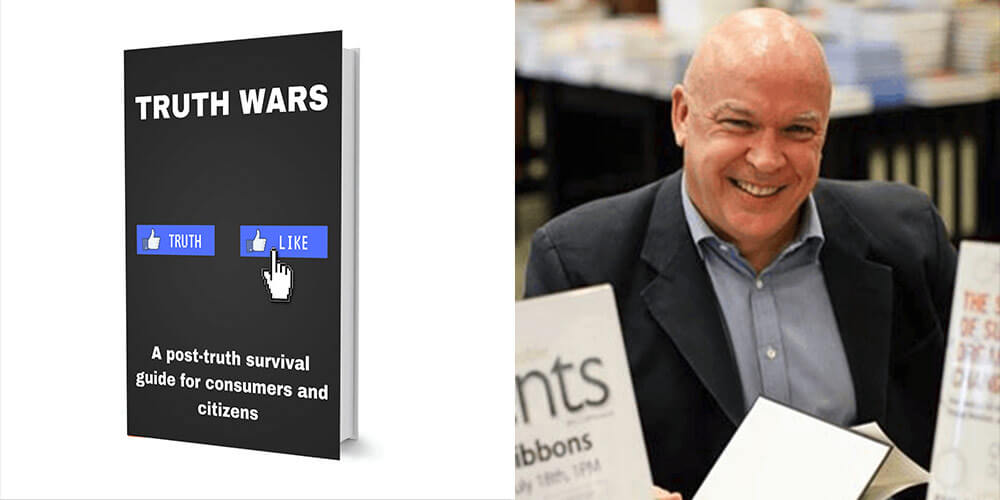 “Post-truth” was the Oxford English Dictionary word of the year for 2016, and “fake news”  in 2017.  What do they mean?  Are Trump’s characterizations of CNN and the New York Time’s accurate?  Who produces fake news?  How can you tell the difference?

This podcast probes a culture of fake news, post-truth, Trump, and other phenomena from the last few years that corrupt our “information space.” As information age citizens, we depend on good information (facts) to make decisions as voters and consumers. Is that information available? What harms it? What harm might corrupted information do to us?

In this week’s podcast, we get into some of the most extraordinary and convoluted conspiracy theories and how the internet has allowed some of this claptrap to flourish.   Tune in, challenge yourself, think bigger, think better.

Erratum: I stumble over the word “shut down” and say “shot down” when talking about Comet Pizzeria.